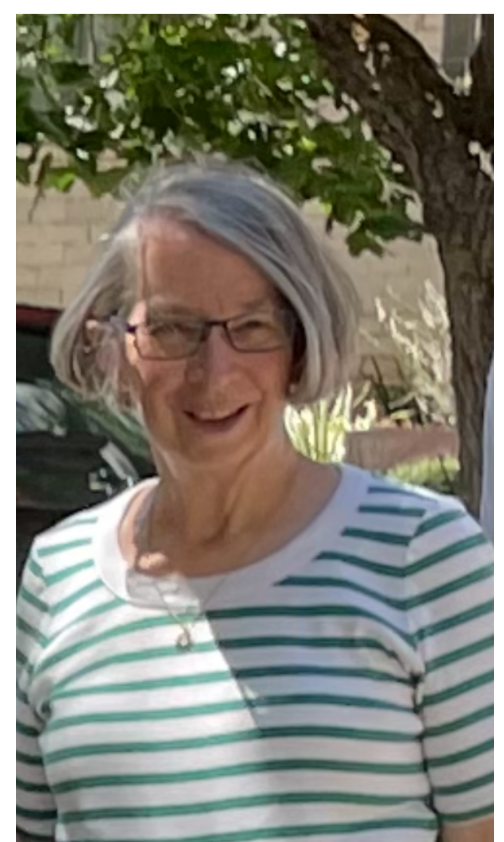 Our latest interview is with Linda Lewis, a long time ALDAn. Many of you probably have met her over the years, so here is a little insight into why she is one of us.

KK: Where were you born/grew up?

KK: Where do you currently live?

LL: I live in Salt Lake City, Utah. My home is near the mountains.

KK: At what age and how did you become deaf? Was it progressive or did your hearing loss occur quickly?

LL: I first lost my hearing at the age of three and a half. I was in the hospital for a bad infection I picked up when we were traveling a southern route back to D.C. from Utah. The Resident Doctor at the hospital treated the infection with a medication given every hour on the hour and by the time the doctor over her and my parents stopped it, it took all the hearing in my right ear and about 40% in the left ear. I was able to wear a hearing aid, but I didn’t get it until I went to first grade. The last week in December 1994, I lost all my hearing in a week’s time. I was given prednisone for my hearing loss, but it didn’t help. The doctors are not sure what caused the loss. They started the process to get a cochlear implant at that point.

KK: What do you do for a living/job?

LL: I’m currently retired. I worked as a Laboratory Medical Technologist, working mainly in Hematology and Blood Bank departments. I retired from the VA Medical Center in Salt Lake City. I have also worked in the Utah Valley Medical Center in Provo, Utah and the hospital in Alexandria, Virginia.

KK: What book or books do you recommend others to read?

LL: Why We Get Sick by Benjamin Bikman, PhD. I was surprised to find how many areas of the body can be affected by insulin resistance. I was listening to a podcast he had with Dr. Casey Means which was on HealthLevels Blog. It was a very interesting discussion on how hearing loss, tinnitus, Meniere’s disease may be connected to insulin resistance.  I also have other books on my nightstand that I am attempting to finish reading…

KK: You simply cannot live without?

KK:  Your little-known talent is:

LL: I don’t know what talent I have…

LL: Crochet a granny square afghan, It took me a long time, and I’m still finding ends I need to cut off. I still haven’t figured out how to do a straight line if I decide to attempt to do an afghan again that just goes back and forth in the rows. I tried it once on a small afghan, and the ends were a little wiggly. Sigh!

LL: I was at the doctor’s office a few months ago. The nurse gave me three words I had to repeat and remember. Only problem was that they were giving me the words with a mask on.  I thought I heard the words:  village, teacher, tablethey were actually saying: village, kitchen, baby….“ You live in a “village”, You cook in a “kitchen”, and…”baby” like a little baby. They ended up having to write the words for me…Sigh!

KK: When and how did you learn about ALDA?

LL: I think it was in the early 90’s from Sharon Kelly. She had gone to one of the conferences in Chicago in the early days.

KK: Do you belong to an ALDA chapter or group?

LL: No, I belong on the national level.

KK: Have you ever attended an ALDAcon? If so, which ALDAcon was your first conference?

LL: I think my first conference was in San Francisco 1994. I have been to most of them since that time. Salt Lake hosted an ALDAcon in 2005, I was a co-chair with Kathy Evans.

KK: In what ways has ALDA enhanced your life?

LL: It has pushed me out of my comfort zone. I’ve learned to make friends, and I enjoy renewing those friendships when I come to ALDAcon.

KK: Who or what inspires you most?

LL: I think my parents. They really encouraged me to do my best, and they were always looking for ways to help me. Mom had hearing loss in one ear due to an infection, so she knew what I was going through. Dad traveled a lot, and he was in contact with the House Institute in California and told Dr. House about me and my hearing loss. I learned about the research in cochlear implants from the discussions he had with the doctors there. By the time I needed one, I was familiar with the process.

KK: People would be surprised to learn that you?

LL: I really don’t like to travel alone. About the only traveling I have done lately is to conferences because I know where I’m going. My mom was the best person to travel with. If I didn’t understand something, she was my back-up interpreter. For example, I couldn’t understand the Scots or British people when we were in Great Britain, but I ended up translating the German-English speakers for my mom when we traveled around Germany and Austria!

LL: I have some, don’t think I’ll list them.

LL: We loved going to my grandparent’s house for dinner, climbing the apple tree, swinging on the big swing in the back, skiing in the canyon roads with my grandfather pulling us up the hill in his jeep once we got down to the bottom.

KK: Your favorite saying is:

LL: I don’t know if it is my favorite, but my mom always said: “to be flexible.” After all, life doesn’t always turn out the way you think it should!

KK: The bottom line is: