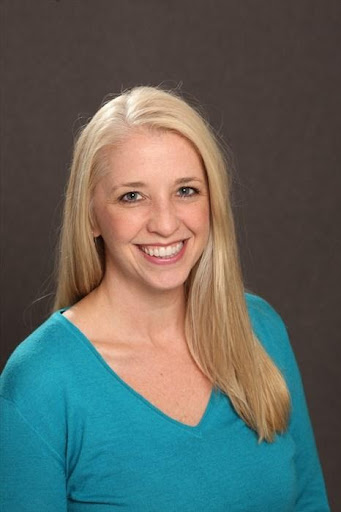 This issue’s interview is with Laura Taylor, an ALDAcon newcomer. 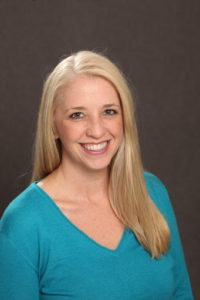 Laura Taylor is an exuberant newcomer who joined us at this year’s ALDAcon in Niagara Falls, NY. Laura was born and raised in Dixon, IL, and currently resides in Georgetown, TX. Laura experienced a mild to moderate hearing loss at age 35, but ignored it for several years before getting hearing aids in 2015. She heartily suggests not emulating her, but addressing it early instead. Last year when the pandemic began, Laura sensed something was wrong since she could not understand anyone wearing a mask. The proliferation of face coverings helped her realize how much she had been relying on lip-reading. Hearing in her right ear took a nosedive versus the previous year and Laura learned she had become profoundly deaf in that ear. Doctors haven’t pinpointed the exact cause but suggested it could be hereditary. Laura recently worked at managing enterprise accounts and customer success for a SaaS (Software as a Service) company. Prior to that, she worked for an online travel publisher for more than a decade. Read on to discover why Laura has joined the ranks of “One of Us”.

KK: What book or books do you recommend others read?
LT:  Livewired by David Eagleman.

KK: You simply cannot live without…..
LT:  Friends and family.

KK:. Hardest thing you’ve done is:
LT:  Witnessed my sister’s passing due to cancer in 2017.

KK:.Your funniest hearing loss moment is:
LT:  A few weeks after getting my CI activated, I asked my mom to say something while covering her lips. I heard, “I need a new bra strap” when she actually said, “I need a new bedspread.” Close, right?!?

KK: When and how did you learn about ALDA?
LT:  Two days before Christmas in 2020, I learned I was a CI candidate. I thought I was going in to get a better hearing aid, and a CI was not even on my radar. My initial gut was, “heck no,” but I agreed to research it. I decided if I’m going to live with this condition, I’m going to be the boss of it, not the other way around. One of the first things I discovered in my research was this group. I joined ALDA and signed up for ALDAcon right away.

KK:  Do you belong to an ALDA chapter or group?
LT:  There isn’t a chapter in my area, but I met fellow Texans who are also members. Perhaps one day we’ll start one.

KK:  Have you ever attended an ALDAcon? (If so, which ALDAcon was your first conference?)
LT:  Yes! I attended the 2021 ALDAcon in Niagara Falls.

KK:  In what ways has ALDA enhanced your life?
LT:  The name of this survey “One of Us” sums it up. I love meeting people with similar experiences and learning how each person feels empowered to embrace their deaf identity. It’s not always easy at the beginning, but it’s helpful to know that others have traveled a similar path.

KK:  Who or what inspires you the most?
LT:  My sister! She was born Deaf because my Mom was exposed to Rubella in the doctor’s office. She was a fun-loving free spirit, and a strong willed woman who liked to break the rules. She received her Bachelor’s and Master’s degrees from Gallaudet University. She was funny, smart, beautiful and touched the hearts of anyone lucky enough to have met her.

KK:  People would be surprised to learn that you….
LT:  I taught my older sister how to drive a stick shift when I was only 13 years old. We never got caught and only decades later did Mom learn that Dad had taught me before I even had a permit. We only let her in on the secret after many years, when we knew she couldn’t possibly ground us for life as full grown adults.

KK:  Your favorite saying is:
LT:  Tell me what you think can’t be done so I can get started.

KK: The bottom line is:
LT:  Be kind. Everyone is suffering from something you know nothing about.

One of Us is a series of interviews with ALDA volunteer Karen Krull.