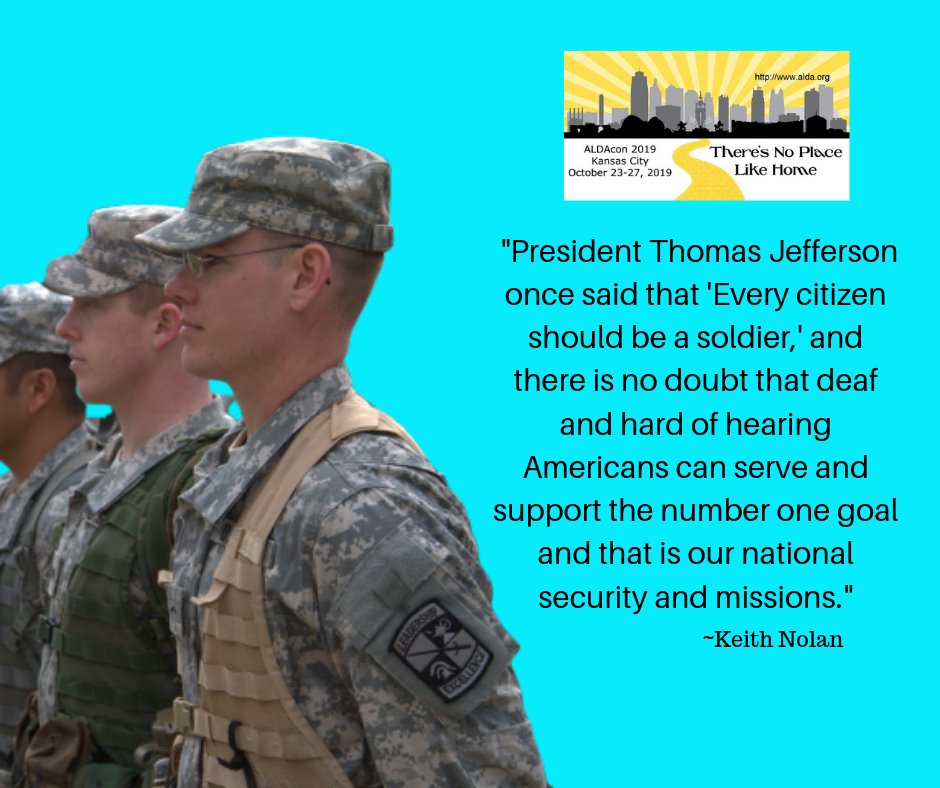 Serving in the military has been Keith Nolan’s lifelong dream. When he had a rare opportunity to participate in the Army ROTC program at California State University, Northridge, he had to grab it. He completed the first two levels of the ROTC program, but could not advance to the next level of training because in order to be contracted by the Army, he must pass the auditory exam. This was something he could not do due to his deafness, despite of having attained high marks and achievements such as the gold German Armed Forces Proficiency Badge and the Daughters of Founders and Patriots of America Ribbon, which recognized him in the top 20% of his class. Nevertheless, his cadre encouraged him not to give up and to go to Congress to have the policy on hearing losses reviewed. For the past eight years, Keith has been working with Congress where Congressional bills have been introduced proposing a demonstration program for deaf and hard of hearing Americans to receive training to become officers in the Air Force, the latest one being the House’s National Defense Authorization Act 2019. Keith hopes to see a demonstration program implemented because he believes that the accession into the military services of deaf and hard of hearing members can help the military save on force attrition, retention, and replacement.

Keith currently teaches high school government and history at Maryland School for the Deaf in Frederick and also runs a cadet program at the school, teaching cadets leadership skills.