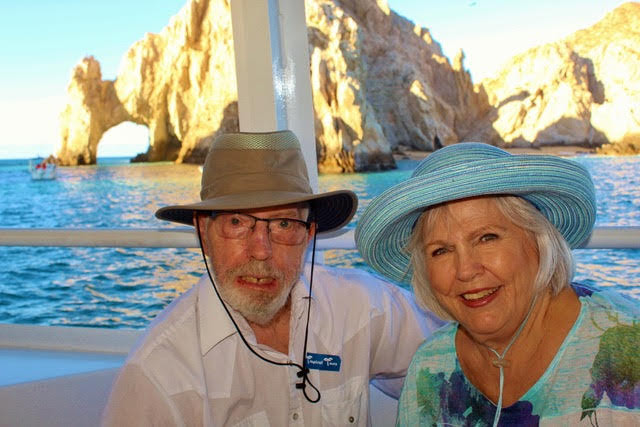 The Association of Late-Deafened Adults, ALDA, Inc. is saddened to share that our long-standing and founding board member and hearing loss advocate Dr. Roy E. Miller passed away on Tuesday, March 10, 2020. He was with his partner Carol Sliney and family by his side at his home in Albuquerque, NM.  He passed away at the age of 80 after battling esophageal cancer.

Roy remained active in a variety of organizations as a fearless advocate for the late-deafened and those with hearing loss.  His roles included, but were not limited to:

Roy began to educate and help others early in his life. He received his Ph.D. degree in Political Science from the University of Illinois in 1971.  Directly after obtaining his degree, Roy was diagnosed with Neurofibromatosis, Type-II (NF-2).  In 1972, the acoustic neuroma was removed from his right-side hearing nerve, leaving him deaf in that ear.  Surgery in the left ear followed in 1987, leaving him entirely deaf at the age of 47.  This challenge only empowered Roy to continue as an advocate for those with hearing loss. 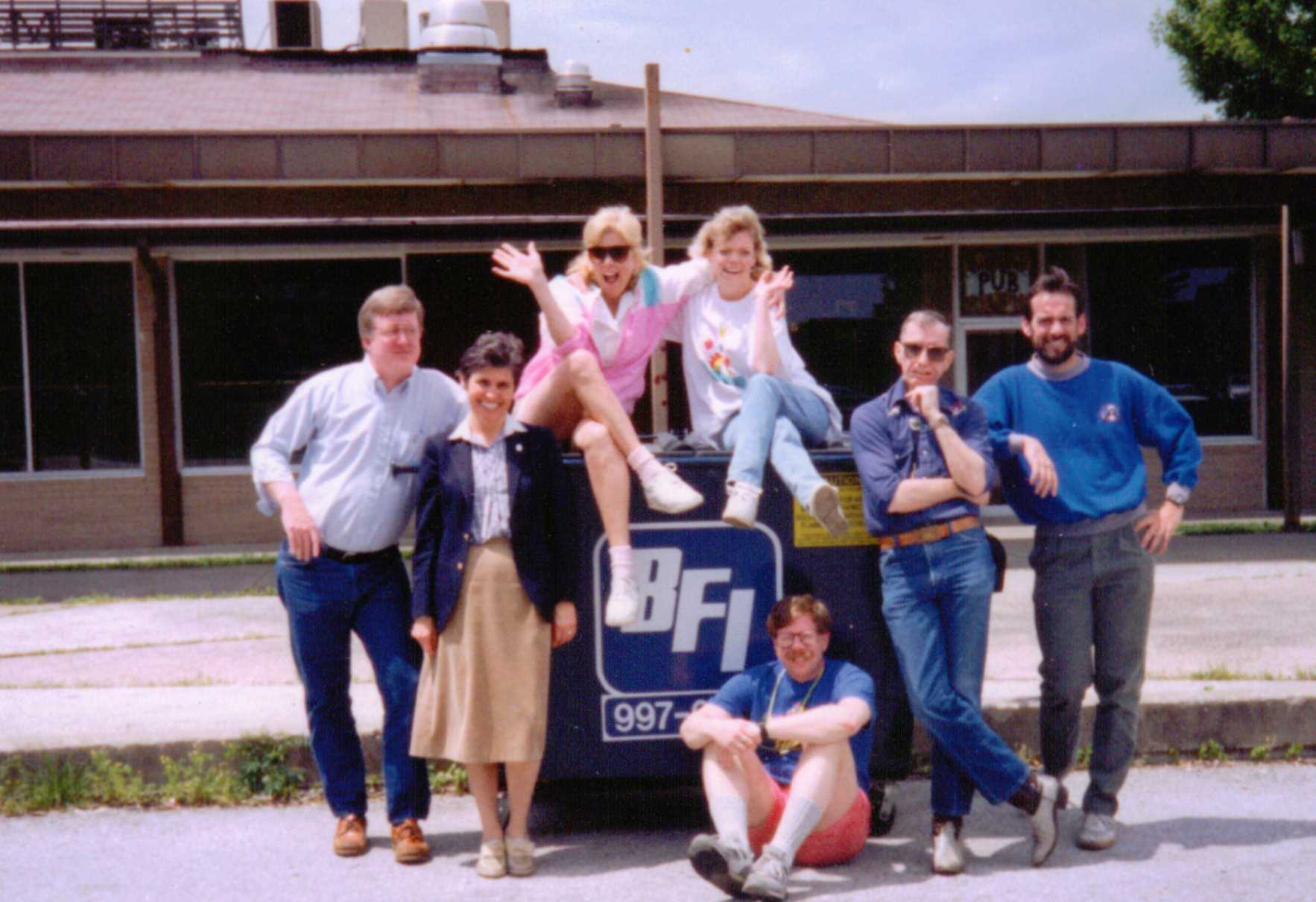 Roy was always helping others.  He was a founding member of the ALDA, Inc. Board. He also was a successful teacher at Southern Illinois University at Carbondale for thirty-two years until he stepped down in 1999.  Roy then moved on to serve as the Executive Director of the Missouri Commission for the Deaf and Hard of Hearing, MCDHH, from 1999 to 2008.

Roy received numerous awards for his advocacy for those with hearing loss through published articles and presentations on both national and international stages.  His awards include, but are not limited to:

● ALDA Brainstorm Award (1991).  Awarded to Roy for his creative ideas and initiative which lead to significant long-term benefit to ALDA.

● I. King Jordan Distinguished Achievement Award (1997).  ALDA’s highest award possible was awarded to Roy. This award is given to “those  who had a successful and distinguished career in his/her chosen field of endeavor, made significant contributions to the community, profession and nation, provided an outstanding role model for late-deafened adults everywhere, and clearly demonstrated to the hearing community that a person’s competence, integrity, and human worth are not necessarily diminished by the fact they are deaf.” 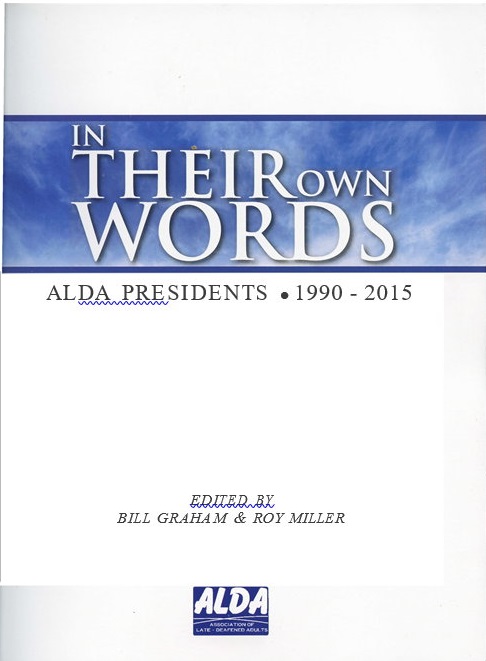 This book is available in PDF format here

Roy was instrumental in the development of the book, “In Their Own Words: ALDA Presidents: 1990-2015”, as edited by Roy in conjunction with Bill Graham, ALDA’s co-founder.  This is a wonderful collection of memoirs by ALDA presidents since the birth of ALDA, Inc.  with fascinating stories and very personal portraits of the volunteer leadership which has guided the growth of ALDA over the years.

As I. King Jordan says in his foreword to the text, “The presidents, perhaps more so than any others, have been especially important to the development and success of ALDA. Here are their stories, in their own words. You’ll read about who they were before they became deaf and who they are now. How did deafness change their lives? How did ALDA change their lives? What took place within ALDA during their presidencies?” 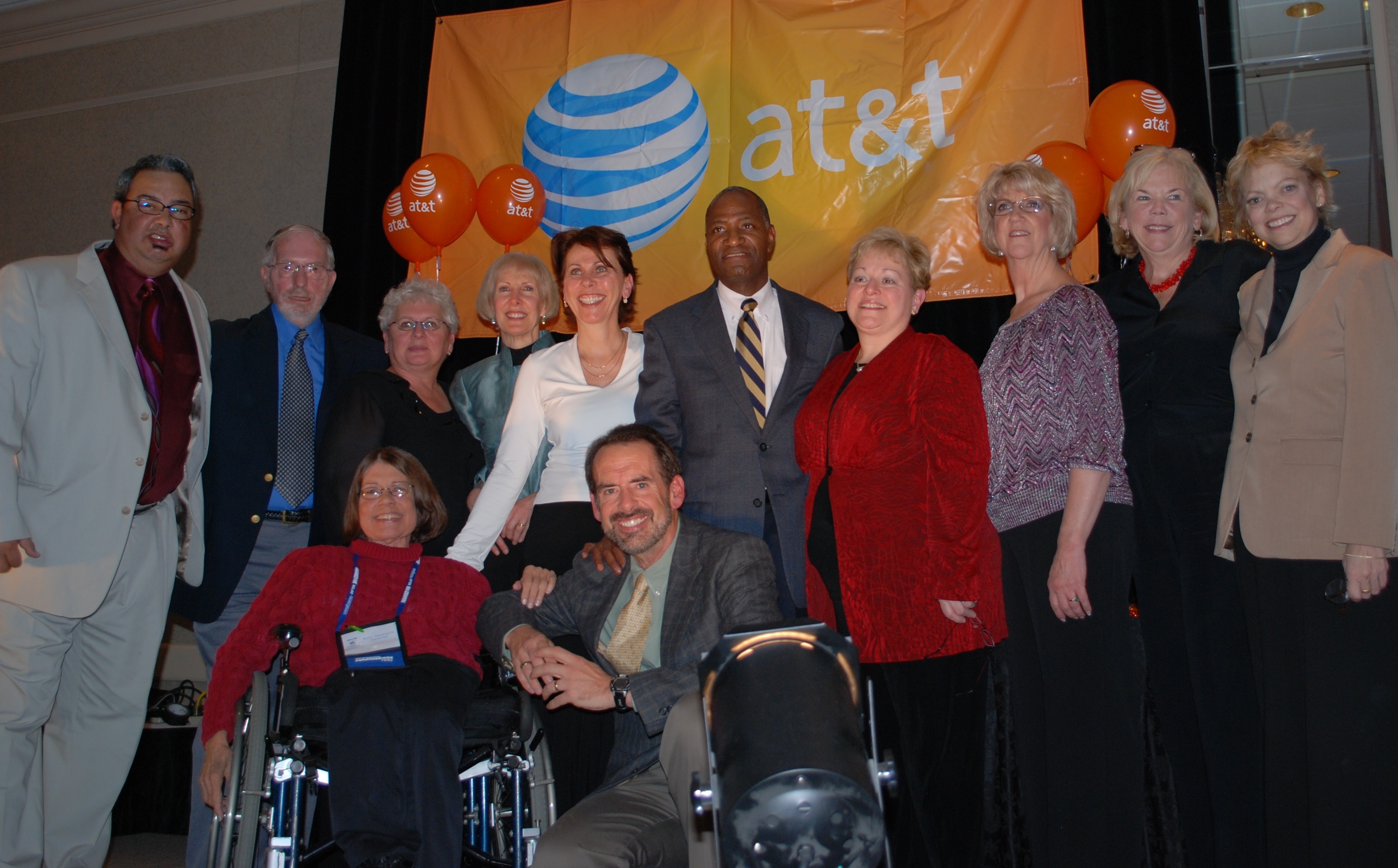 ALDA Past Presidents at ALDAcon 2008, the 20th Anniversary. Roy is pictured 2nd from left

The answers to these and many other questions fill the pages of “In Their Own Words,” and bring to life the history of the unique all-volunteer organization that is ALDA.

Roy had many presentations and workshops over the years at ALDAcon. Below are some that he either presented alone or with others.

● “You, Too, Can Travel World” – Presenters: Roy Miller and Carol Sliney

● “Advocacy-You, too, Can Change the World” – special recommended reading for all
“Searching for Magical Access” – Presenter: Roy Miller

● “Technology and the Internet” – Presenters: Roy Miller and Ken Arcia

●  Various workshops on the ADA shortly after it’s passing in 1990.

Roy had the passion to see beyond the obstacles and persevered in the days preceding the various technologies that are making things easier for those with hearing loss today.  We still have a long way to go, but through Roy’s efforts and persistence, we can follow in his footsteps and make him proud.

“Roy Miller was a smart, compassionate man. He had a passion for advocacy on behalf of people who are deafened, Deaf or hard-of-hearing. His doctorate degree in political science came in handy when working on advocacy and organizational issues for ALDA. He was the first person I turned to for advice during my tenure as president of ALDA. Roy’s knowledge of our by-laws, Roberts’ Rules of Order, and ALDA’s history from its inception was invaluable.

Yes, Roy could talk or write about a policy or rule long enough to drive people nuts. He was always intent on making sure his views and rationales were clear to those he was communicating with. Yet, it was his beautiful heart and love of ALDA that drove his work for our organization. During the two years of 2017 and 2018, Roy volunteered about 40 hours per week for ALDA, assisting with the bylaws and policies revisions, as well as the ALDA website.

In December, Roy celebrated his 80th birthday. Carol Sliney, his partner who is also an ALDAn, coordinated a surprise luncheon for him at Texas Roadhouse restaurant. Carol, her son Sean, another friend, and my husband, Randall, and I attended. Roy was very surprised and happy. While he was uncomfortable from the cancer, he still made funny comments and laughed his special laugh. And ALDA was still on his mind as he was quick to ask how ALDA was doing.

The last time I saw Roy he had lost considerable weight as a result of the chemo and radiation treatments. Even though he was in discomfort, Roy still asked me how ALDA was doing. It was always what he asked me, every single time we got together. As I stood to leave, Roy removed the blanket keeping him warm as he sat on the couch and stood to give me a hug. It was a tight embrace, almost as if he was saying goodbye. I feared it might be the last time I’d see him and it was.

On Tuesday, March 10, 2020, Roy passed on. Fly free, my friend. I will miss you and treasure the memories we shared.”

We salute Dr. Roy E. Miller and will take pride in keeping his memory and his vision alive to communicate in any way possible through the long-standing ALDA motto of “WHATEVER WORKS”. We also will continue to advocate on behalf of the late-deafened and hard of hearing just as he did.  We tip our hats to Roy for a job well done!