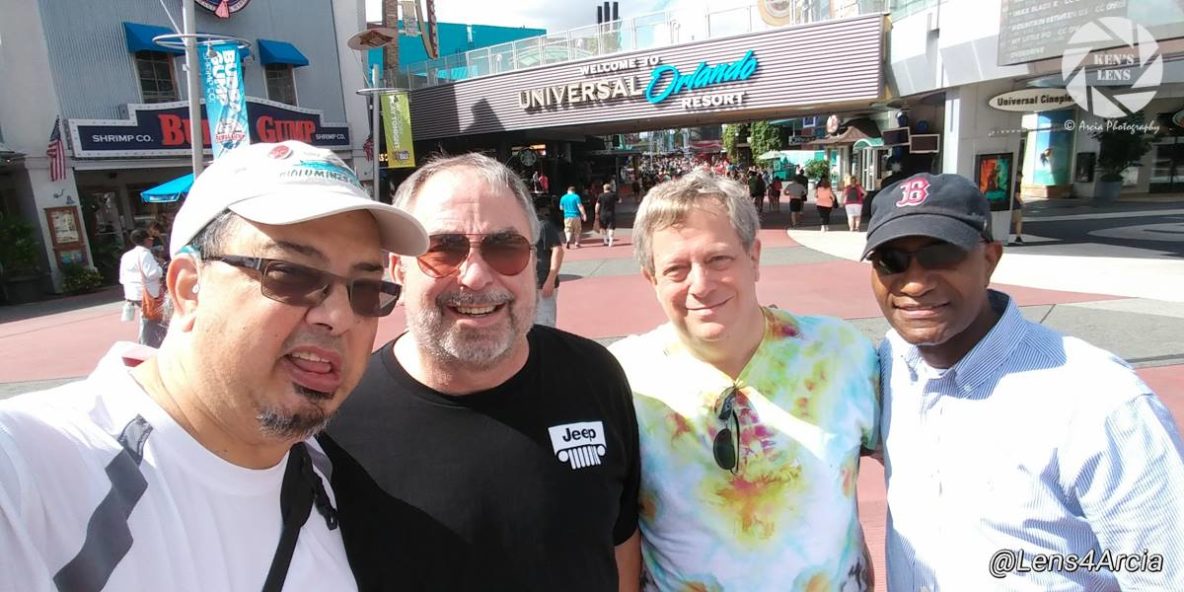 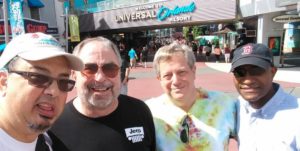 I’ve officially been a member of ALDA since 2010 when I moved to San Jose, CA. Prior to that I had been loosely involved with ALDA many years before in Chicago but never actually attended a meeting or subscribed. I had attended one of the famous Chicago Christmas parties that are a part of ALDA folklore but at the time I had no idea I was attending a well known event.

I found the Chicago event after I had lost my hearing a few years before and was exploring hearing loss options. A mentor/friend whom I met through the Annixter Center at the Chicago Hearing Society was leading a self help group for people new to hearing loss, teaching us some sign language and giving us tips on how to acclimate to the changes in our life. She invited the group to attend this party. I found ALDA fun and socially engaging and I met some people at that party that I would run into again many years later at ALDAcon. I was still in my 30s at the time and the ALDA members were younger than the hearing loss group I had been attending. It was easier to fit in and find my place. Unfortunately I didn’t pursue ALDA and a few years later I moved to North Carolina. I fell out of touch with any hearing loss organization during those 6 years and found myself isolated for a good part of the time I lived there, which also coincided with my hearing loss getting much worse.

When I moved to San Jose in 2010 I reached out to a hearing loss organization and they reintroduced me to ALDA. I started attending meetings which led to many changes in my life. It put me on a path to career success, emotional growth, personal fulfillment and eventually to meeting my future wife. At the ALDA meetings I started attending, members regularly talked about ALDAcon and how much fun it was, but life was too busy and I couldn’t attend the next several as it coincided each fall with obstacles in my life like starting my new job, two cochlear implant surgeries and a lack of vacation time. Finally in 2015 I was able to attend my first ALDAcon in Scottsdale, Arizona and it was such an eye-opening experience that I haven’t missed one since.

To say ALDAcon is something to be experienced is an understatement. I honestly wasn’t expecting much. I don’t really consider myself a “convention person” and long had rolled my eyes at discovering something useful or enjoyable, but I soon learned how wrong I was. They rolled out the red carpet for newcomers like me. The morning after the opening night reception, we were invited to attend the Newcomer’s breakfast where we were given a rundown on everything that was expected to happen. Some of the people I met on that first morning became close personal friends with whom I regularly interact online to this day.

On Thursday and Friday there were four workshops in the morning and four more in the afternoon. They run two at a time so you have to pick which one you care about most, but the information was well presented and were both captioned and ASL interpreted. All the rooms also had T-Loops installed for streaming sound. The workshops cover a variety of topics from hearing loss coping skills to disaster preparation and even traveling internationally. At the time I was leading the ALDA San Jose group so I attended the leadership workshop which offered ideas on how to grow your group/chapter or to start one if there isn’t one near you.

In addition to the workshops there were several group meals where awards were presented. The highlight is the I King Jordan banquet on Friday night where ALDA gives it’s highest award – the I King Jordan Distinguished Service  award to the person voted most worthy of having advanced the cause of people with hearing loss. It’s a semi-formal banquet and people get dressed up, eat fine food and then an entertainer or speaker performs.

The final night has the infamous Karaoke party and as I like to tell my hearing friends and family, you have not lived until you’ve experienced 150+ Deaf/HOH people performing Karaoke. People sign, sign, dance and generally live it up. Elvis has been known to make an appearance and a good time is had by all. Every year there is a different theme including one year when we were in Kansas which had a Wizard of Oz theme. Some people came dressed up as the characters from the movie though it’s not required. ALDAcon Karaoke is an experience not to be missed. As the members like to say, “Keep Calm and Karaoke on!”

Since that first ALDAcon, I’ve made it a point to go every year. It is such a vibrant inclusive experience. You don’t need to know sign language or hear well. ALDA people are incredibly friendly and will find a way to communicate with you. I’ve seen people using pen and paper or smartphone apps when their communication styles don’t match. It’s easy to find groups to go out with during unplanned sections of time. Normally there’s at least one purely social offsite trip to a movie or other event. One year they rented out a theater and most of the attendees went to see a movie called “Sign of the Times” about a deaf baseball player from the 1800’s who may have helped create the signs we now take for granted in baseball. People also go check out local attractions; this year the event is in Niagara Falls, NY, when I’m sure many people will want to go to Canada to see the falls from the “other” side. I finally got a passport just to be able to do that, though I hope to put it to good use in the future for other trips.

Whether you are new to hearing loss or a lifelong member of the Deaf/HOH community ALDAcon is an experience that is not to be missed. The people are cool, the workshops are well done, the people are friendly, and you’ll never forget your first Karaoke. Sign, sing, dance, learn and eat. Whatever you do and whoever you hang out with, you won’t be disappointed.