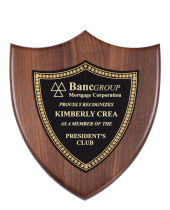 There are a great many people who contribute time, talent, ideas, and money to ALDA in an effort to help the organization improve the lives of late-deafened adults.  Every year a few of those individuals are selected to receive an award from ALDA, such as the Able ALDAn Award, the ALDA Angel Award, the Fearless Leader Award, the ALDA Brainstorm Award or the ALDA Advocacy Award.  The ALDA Board needs your help in making those awards.  You know best what is happening in your area.  You see the efforts that various people put in to helping ALDA.  So you are in the best position to nominate individuals for the various ALDA awards.

Please help the ALDA Board and nominate your choice for an ALDA award.  DO IT NOW as the deadline for award nominations is almost here.  September 1st is the deadline, and that’s only a week away!  CLICK HERE to complete the Awards Nomination Form.